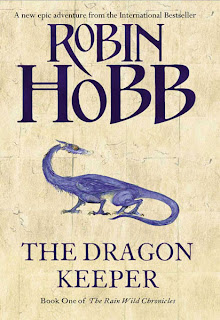 Cool Mandy. When reading the previous series (especially the Liveships one), I wondered about the Rain Wilds, the strange inhabitants, the unforgiving terrain and of course the fate of the dragons. The Dragon Keeper is such a natural continuation and the author has once more surpassed my expectations. Since Hobb has a penchant for bittersweet conclusions, I am vary of how this series will end. Having said that, I can't wait to read Dragon Haven!!